“Officer Branden” was watching the news with his mother when a story came on about how certain police officers are viewed as racist or ignorant.

The idea of having the local police cast in a dim light did not sit well with this young man.

Branden, aged 5, took to patrolling his neighborhood on his battery-powered motorcycle in support of the Timmins Police Service.

His efforts were brought to the attention of a few officers via a Facebook post. he has arrested his mother 46 times for various offences.

Const. Alex Levis and Trevor Southcott decided that his selfless actions should be acknowledged with the presentation of a special t-shirt adorned with TPS shoulder flashes, a badge, and a TPS (non-uniform issue) ballcap.

Earlier this week, arrangements were made to have the presentation take place in Branden’s Cherry Street neighborhood.

The TPS Mobile Command Post was deployed along with Constable Paul Colbey in attendance of the TPS Harley Davidson.

Cheers to Branden for standing up for the Timmins Police. 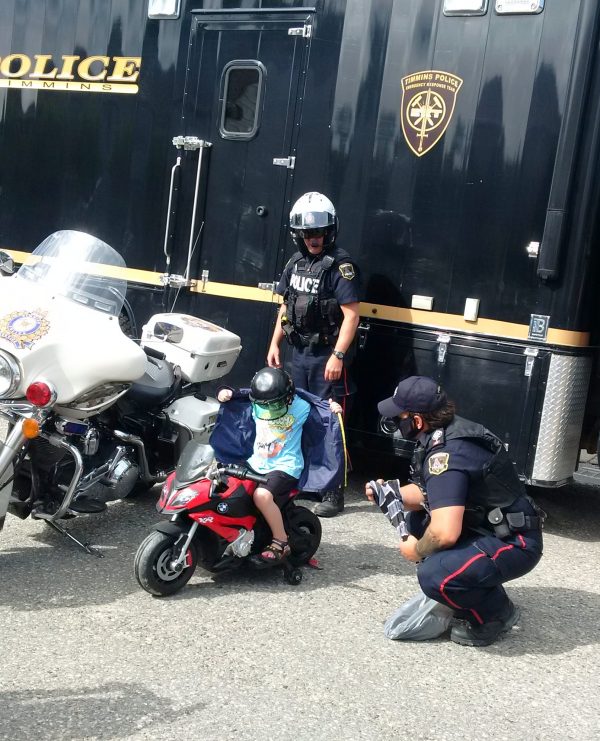 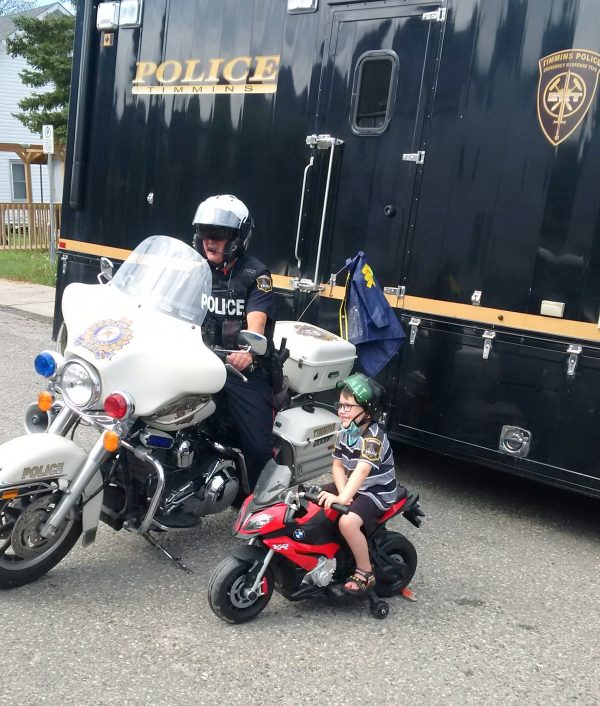 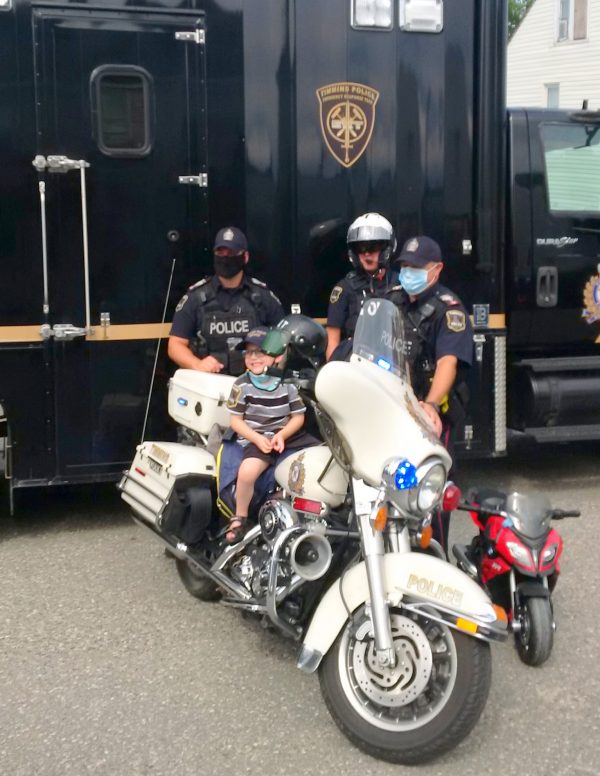 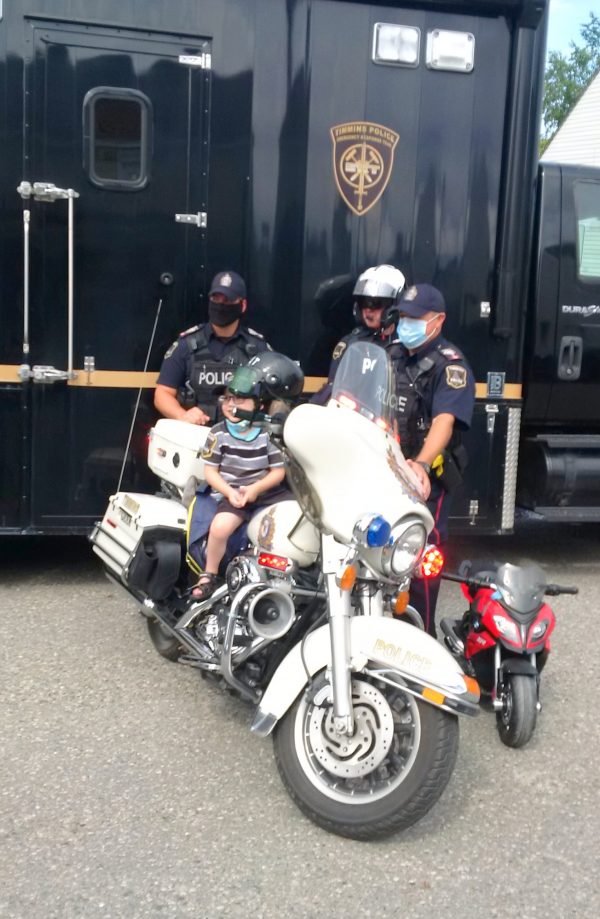 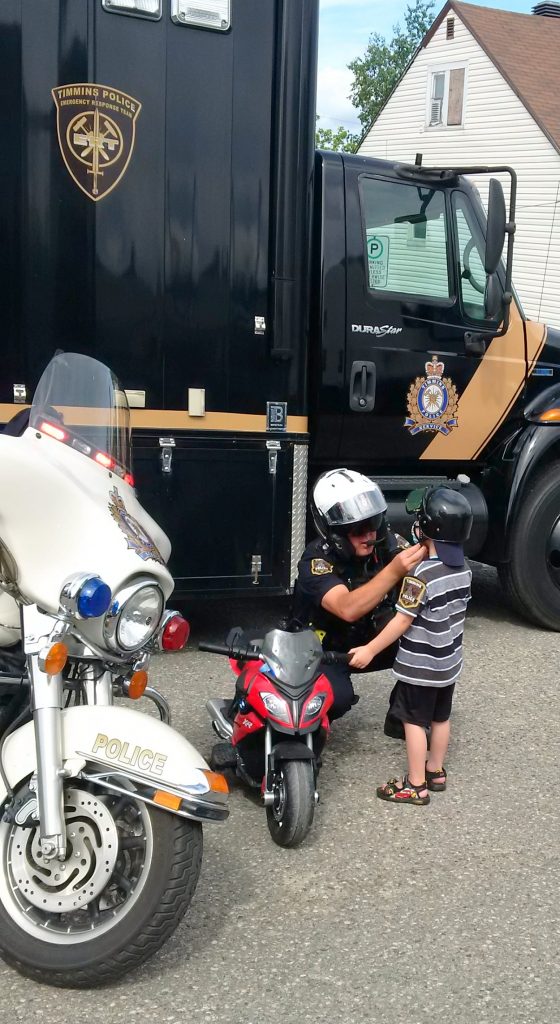