The Timmins Police Service has charged a local man with a host of mischief related offences stemming from a series of incidents that occurred at various locations throughout the city of Timmins.

These acts of mischief, where both private and public property was defaced with a graffiti signature, occurred between April of 2019 up until just recently.

A host of investigations into these acts having occurred at the Sportsplex, the McIntyre Curling Club, Wendy’s restaurant, a total of 33 doors at the Timmins Square, the Porcupine Dante Club and the Newmont Gold Ltd sign in Schumacher.

In addition, the following locations and items were victimized by the suspect:

2) the side of a school bus, and a door to the adjacent building at a Moneta Avenue facility.   The stop sign on the side of the school bus was also damaged at this location.

6) a garbage dumpster located at the Knox Avenue Beer Store

11) the east side of the McIntyre Arena building

A further incident occurred at the same school bus facility on Moneta Avenue during the early morning hours of Tuesday, April 21st

The cost of these individual acts of vandalism is relatively low but cumulatively, the costs to property owners in total are determined to be well in excess of $10,000.

The suspect was eventually positively identified, located, and arrested by the Timmins Police Service.

As a result of the ongoing investigations into these criminal acts, a search warrant was issued for a local residence where police attended and seized evidence of these crimes.

The suspect was positively identified, located, and arrested by the Timmins Police Service.

As a result of the incident, Dominique MILLETTE, 21, of Timmins has been charged with:

The accused was released from custody but must attend at Provincial Court in Timmins on Tuesday, July 28th to answer to the charges laid against him.

Timmins Police Inspector Darren Dinel adds “The Timmins Police Service continues to strive to investigate such matters so that the person or persons responsible are held to account for their behavior.  The Timmins Police view this type of criminal activity as needlessly costly to local businesses and only serves to blemish and devalue local structures.  This is not a victimless crime; in this particular case it is a series of crimes that took place over a long period of time and under the circumstances it can only be described as seriously aggravating to the entire community.  Considerable resources are deployed to identify and locate persons involved in this type of criminal activity.  These crimes merit a strict response by the Timmins Police Service and we will continue to deploy resources in pursuit of those involved in these types of crimes.” 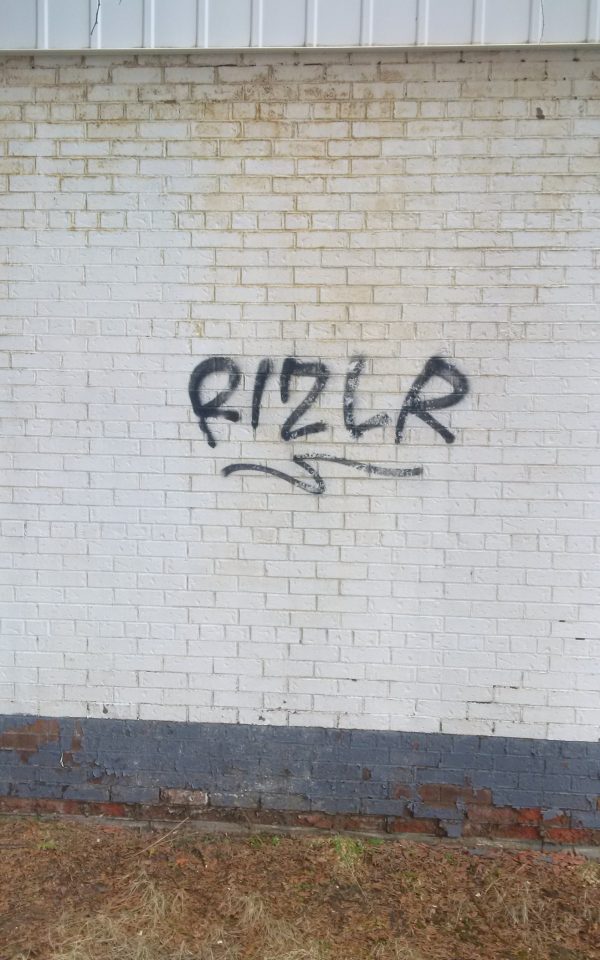