As such, the Timmins Police is seeking the public’s assistance in identifying a male suspect involved in the incident where a threat was issued to a pedestrian on the Terry Fox walking trail during the late afternoon hours of Thursday, October 8th.

An ATV operator was driving on the trail system in direct violation of the restrictions and posted signage prohibiting such activity when a female pedestrian, using the same trail, opted to take his photo.

Upon seeing this, the ATV operator made a threat to run the pedestrian over for having taken his picture.

The Timmins Police responded to the scene.

The ATV operator had fled the scene prior to police arrival heading northbound on the trail system near Bannerman Street.

The suspect was wearing a black helmet and a jean jacket at the time of the offence. 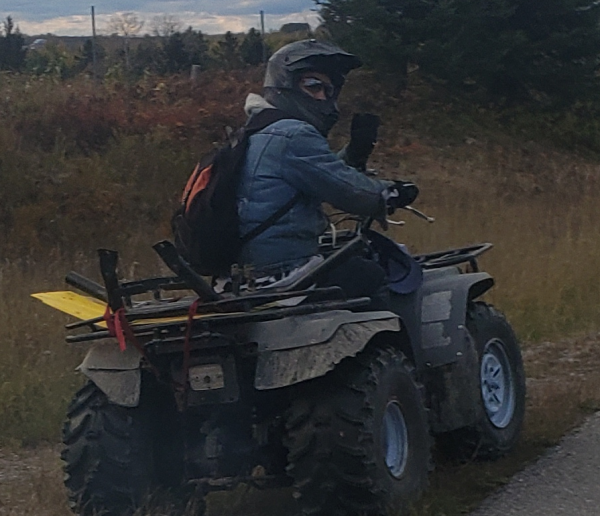 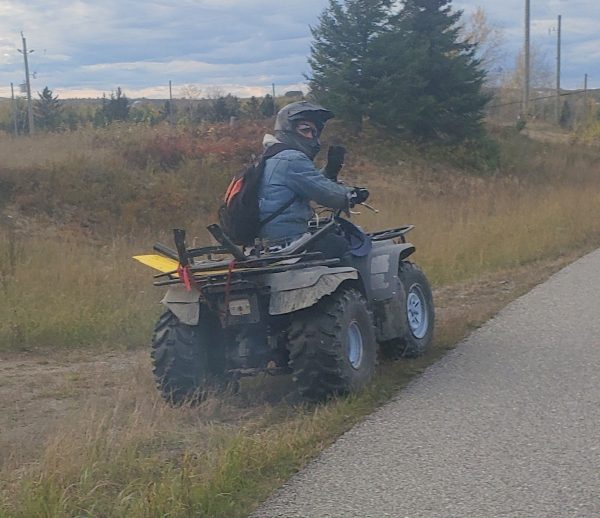