The Timmins Police Service is investigating similar incidents where a suspect is alleged to have stolen lottery tickets from convenience stores in Timmins.

The male suspect has a goatee and was wearing a white and grey checkered hat with black material at the front and a black coat, jeans, and black shoes.

On Monday, October 14th, 2019 a theft of lotto tickets occurred at a local convenience store.

The complainant reported to the police that at 12:50 hrs, a male suspect walked into the store.

The male suspect distracted the attendant by asking for cigarettes and when she turned around he reached over the counter and removed 2 packs of Multi-Millionaire scratch tickets.

The suspect then left the scene and was followed by the complainant who had witnessed the theft.

The complainant asked the suspect for the tickets to be returned and he complied by returning a single pack of tickets.

The complainant then asked for the second pack of scratch tickets and the suspect fled the store on foot.

The suspect is described as a Caucasian male person, about 6′ tall with a chipped front tooth. He was wearing blue pants, a grey sweatshirt with a black and white hat.

There are similar events currently under investigation but the Timmins Police is seeking public assistance in identifying the person in the photos provided below. 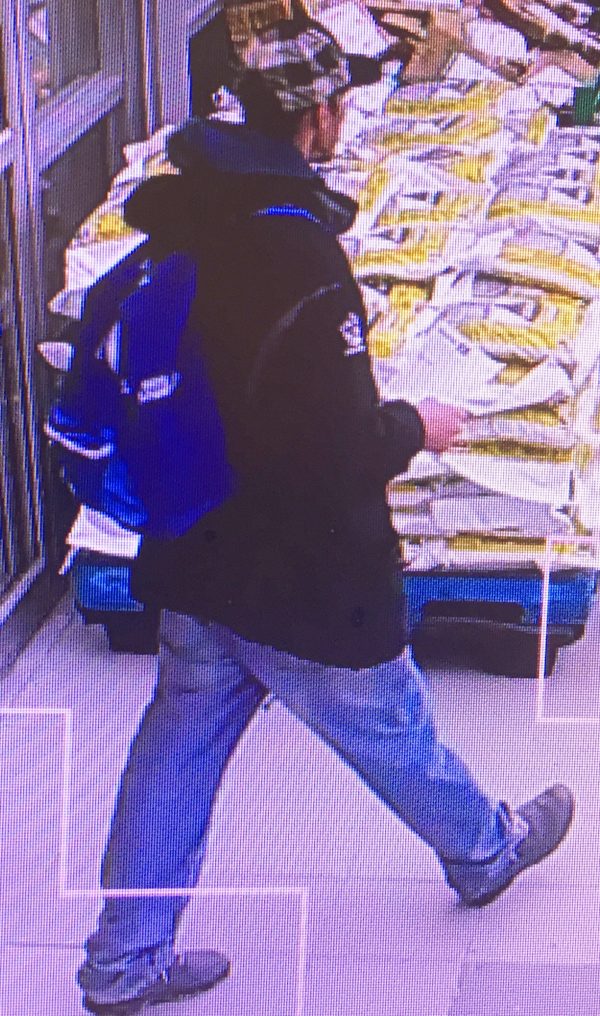 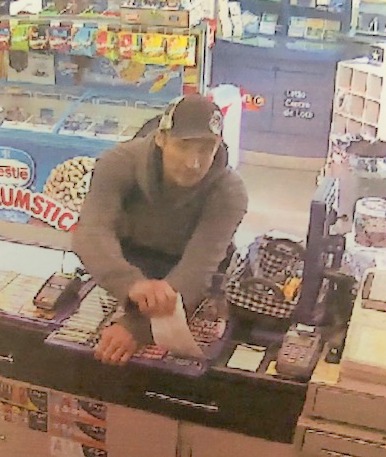